Imagine being a student in a new country where you only speak a few words in the new language. You go to school and your teacher is teaching about the water cycle. Even though you don’t understand the teacher, you know what the topic is because of the labeled diagram on the board, so you use what you already know about the water cycle, information you learned in your home language, to make sense of the instruction in the new language.

What you are doing is translanguaging (García and Wei 2014, Creese and Blackledge 2010). You are using all your linguistic and cognitive resources to make sense of the academic content being delivered in a language you are just starting to learn. You are what is now called an emergent bilingual (García 2009). You are becoming bilingual. As you learn a new language, you are not forgetting what you already learned in your home language; rather, you are leveraging it to learn the target language. And if your home language and the new language are related, you might even recognize some words, especially academic words with a Latin base like precipitation and evaporation.

Translanguaging is a normal practice in bilingual communities, and educators are beginning to realize that it should also be a strategy teachers can use to help students draw on all their linguistic resources as they read, write, and discuss academic subjects in a new language. A student’s home language can serve as a scaffold in the process of acquiring additional languages and a scaffold for learning academic content in the new language.

Linguists have used the term code switching to describe the process of moving from one language (or linguistic code) to another. Code switching was often seen as a weakness, a lack of proficiency in a language. As a result, educators were encouraged to limit all classroom communication to English, since the commonly held belief was that more English instruction would lead to more rapid English acquisition.

However, research in sociolinguistics and neurolinguistics (Grosjean 2010, Bialystok 2011) has shown that bilinguals do not have two separate languages. Instead, they have what is now referred to as one linguistic repertoire that consists of features of the languages they speak. Bilinguals are not simply two monolinguals in one person. Rather, they are individuals whose language includes features (phonological, morphological, syntactic, and pragmatic) of all the languages they speak. Effective instruction involves using strategies to draw on all the language resources every student has.

The term translanguaging comes from a holistic view of bilinguals. This view recognizes that bilinguals have just one language system, not two or more, and that effective instruction involves finding ways to help students draw on all their linguistic resources, their full repertoire, to learn academic content in a new language. While students do need solid and extended instruction in English to acquire English, strategic use of their home language can accelerate both their acquisition of English and their understanding of math, science, social studies, and language arts being taught in the new language.

What Are Some Effective Translanguaging Strategies? 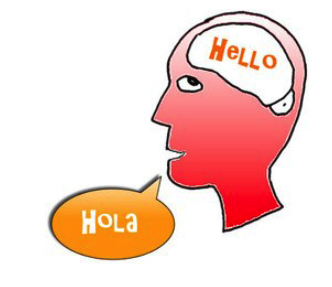 Some educators have thought that translanguaging is like translating. In some classes, bilingual teachers have tried to help their emergent bilingual students learn academic subjects by translating everything they say. This concurrent translation, however, does not help students. There simply isn’t time to translate everything that should be taught, and even if there was enough time, students would tune out the English and just wait for the translation into their new language. They wouldn’t acquire much English, and they wouldn’t learn much academic content either.

Effective translanguaging strategies draw on emergent bilinguals’ home languages without direct translation of the content. Research has shown how good teachers, whether they are bilingual teachers, English as a second language (ESL) teachers, or mainstream teachers with emergent bilinguals in their classes, find ways to help all their students use their full linguistic resources as they read, write, and discuss academic subjects (García et al. 2013, García, Ibarra Johnson, and Seltzer 2017).

In a math class with students from six different language backgrounds, the teacher was teaching students how to determine the volume of different three-dimensional figures. Students kept a journal in their home language or in English to answer the questions, “What is volume?” and “How do we determine volume in a figure?”

The teacher began by reviewing some basic math vocabulary: volume, cone, prism, and cylinder. She held up various objects and asked students, “What is this figure?” and “What are some examples of these figures in real life?” For each figure, she asked students with different home languages how to say the word in their own language and to write the word on the board. In some cases, the students recognized that the word in their language was a cognate or an English word. For example, the Spanish words cono and cilinder are cognates of the English terms cone and cylinder.

As students solved problems to find the volume of different figures, they sat in same home-language groups. They were told that they could use their home language or English as they discussed how to solve the problems. They also had access to electronic translation resources they could use to help understand the problems. When they were finished, each group reported in English how they had solved the problem, and they wrote down their solution in English.

To support her emerging bilinguals in this exercise, the teacher didn’t speak all the home languages of her students, but helped them learn important math concepts and to acquire academic English by using these effective translanguaging strategies.

As this example shows, translanguaging strategies designed to draw on students’ full linguistic repertoires require careful planning by the teacher. She doesn’t simply translate. Instead, she finds ways for her students to use all their cognitive and linguistic resources to learn academic English and academic content in English. At the same time, she recognizes and builds on their bilingual identities. As a result, her students are engaged and fully involved in her math class.

Lead the Way to Literacy in Your School or Classroom

Join Drs. Yvonne and David Freeman on October 10 for a webinar that:

Register now and learn more about the entire fall Lead the Way to Literacy webinar series.

Be the first to read the latest from Shaped.

Keeping English learners engaged in academic content while they experience profound personal challenges makes our role as educators even more complex and crucial.

How can we teach students to speak confidently? Thought leader Erik Palmer shares his insights during this brief ILA 2017 Facebook Live interview.